Best Time to List Your Home? The Answer May Suprise You 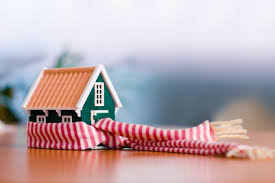 According to a recent article in the Los Angeles Times by Kenneth R. Harney, the best time to list is actually in the Winter.

Winter — officially Dec. 21 through March 20 for the upcoming season — can be a surprisingly advantageous time to list, shop, negotiate and buy. Consider some findings by researchers at Redfin, the online realty brokerage.

Real estate website Redfin has studied home listing, sale price and time-on-market data from 2010 through this past October from around the country, updating a two-year analysis it completed last year. It concluded that if you want to sell for more than your asking price, listing in December, January, February and March gives you a better chance on average than if you list any time from June through November. During the last three years, listing during those four months has produced higher percentages of above-asking-price sales than listing during any months other than April and May. In 2012, as the housing market rebounded, December listings produced the highest percentage of above-asking sales for the entire year — 17%.

If your goal is to sell relatively quickly, February "is historically the best month to list, with an average of 66% of homes listed then selling within 90 days," according to Redfin. In the two-year study completed last December, researchers found that in each of 19 major markets, including cold-weather cities such as Boston and Chicago, "home sellers were better off listing their homes in the winter than during any other season."

Researchers are quick to note that the advantages of listing in winter compared with other seasons are not huge. But the fact that winter produces at least competitive or better results by some measures should encourage some potential sellers to get into the game sooner rather than later.

Some sellers pull their unsold houses off the market during the winter, hoping for better results in the spring. By doing so, they leave a smaller inventory of active listings — lessening the competition among sellers who list in January and February, ahead of the pack.

Also, many large corporations sometimes transfer employees and hire new ones early in the year. That creates opportunities for wintertime listers who opt not to wait for the spring.

Bottom line: Real estate does not hibernate from December through March. More than 5 million homes typically are resold annually in the U.S., and many of them are listed and sold during the winter months. In strong local housing markets such as Los Angeles, San Diego, Phoenix, Seattle, Austin, Boston and Washington, D.C., the likelihood of selling your home within 180 days is highest when you list during the winter months compared with any other season, according to Redfin's 2013 study.

Winter is warmer for real estate than you might think.

Call Aaron Novello of The Novello Group today to take advantage of this wonderful season!