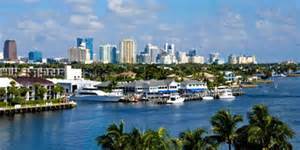 According to a recent article by Paul Owers in the Sun-Sentinal, the South Florida's housing market is steadily improving and closing in on a benchmark stable range.

Palm Beach, Broward and Miami-Dade counties scored a 72 on Freddie Mac's Multi-Indicator Market Index for October. That's up 12.5 percent from a year ago, behind only Las Vegas (23.84 percent) and Chicago (13.38 percent).
South Florida housing has improved by 70 percent over the past five years, according to the index. It measures four key factors: home loan applications, affordability, mortgage loan delinquencies and employment.

South Florida's gains are mostly the result of on-time mortgage payments and a brighter employment forecast, according to Freddie Mac.

While the index still considers the South Florida market weak, industry observers say the region has shown significant progress in the past two years. Robust demand from foreign buyers and a lack of inventory helped drive up prices, though the increases are starting to level off.

The last time the tri-county region's index score hit 80 was August 2008, when the market was heading down amid the housing collapse.

Meanwhile, the rental market also has soared in recent years. In fact, consistent rent growth turned Broward into one of the nation's least affordable rental markets, according to RealtyTrac Inc. of Irvine Calif.

Palm Beach County residents making the median household income of $52,152 have to devote 37 percent of their pay to fair market rent, RealtyTrac said. Financial counselors say families should spend no more than 28 to 30 percent of their gross pay on housing costs.